I know I’ve been griping a lot lately about how tough things have been with the girls and this toddler phase. But it’s also been a lot of fun, and we have so much to look forward to in the next few weeks as we embark on a new adventure to a new town.

The anticipation is really building in our house as IP and I have started planning the move and we often fantasise about how life will be in our new house. 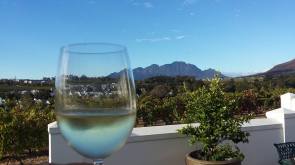 We have been so happy in Cape Town and in our current house, but since we’ve had the twins we have started to realise how cramped we are getting here, especially as we don’t really have a garden – and this is something the girls desperately need. So we started thinking about all our options and decided that it was time for a radical change – “Let’s move to Somerset West” I said to IP one Sunday morning. It didn’t take much more prompting than that – the next thing I know we’re house-hunting, and a week later we’ve put in an offer on a beautiful house in an estate just outside Somerset West, and a few days later we’ve sold our house in Cape Town.

Phew….everything happened so fast, it was quite overwhelming. Those who know me, know that I’m not a very impulsive person when it comes to making important decisions – quite the opposite to IP – once he makes up his mind there is no turning back. So I had a few moments of panic once I fully realised what was happening. We were moving away from everything we knew, out of our comfort zone, to the unknown! Eeeek!

But now that most of the legalities are out the way (I don’t want to see or speak to another estate agent or attorney for a long time!!!!) we are starting to get super excited for the big move day. We will be closer to my folks who live in Stellenbosch, which is great as I’ll have some more support when IP travels, and it will also be much easier for IP to get to work from there, as he won’t have all the city traffic to contend with. So it’s a win-win.

But with the move come some big changes for the girls. Our nanny won’t be moving with us so they will be starting play school in January. This is a HUGE deal for me and something I’m struggling to let go of. Even though I know they will be really happy there as I can see that they need something more – more stimulation and more interaction with other kids – it will be a big adjustment for them as they have been at home with either me or nanny for the last two years. So they will totally be moving out of their comfort zone as well, which I’m sure will take a while to adjust to.

My work situation will also improve, though, and I’ll actually get to spend more time with the girls, because instead of working three full days a week I’ll be working five half days – so I’ll be there to pick them up from school and have every afternoon with them, which I’m really looking forward to. It will be so great because now we will also be closer to granny and grampa and we can pop in for tea more often, and my mom and I can go shopping and out for coffee like the old days.

Somerset West is also a very young-ish town with lots of young families and there is so much to do with kids there. From our  interactions with the people there through some of the Facebook groups so far we can see that people also seem really friendly and welcoming – quite a change from the notoriously unfriendly Cape Town southern suburbs where we currently live. We’ll also be slap-bang in the middle of the winelands – surrounded by beautiful vineyards and mountains – and have all the wine farms just a short drive away. The beach is also not far. So there will be lots of exploring in our future – lots of fun family adventures to have as we embrace our new surroundings.

It’s going to be a whole new world for us as a family and the start of a new life. I’m always terrified of change, it’s just part of my nature – I hate the unknown! But I know that this move is for the best, and I’m starting to embrace the change.

I can’t wait! Just a few weeks to go and then the adventure can begin!